An inside view: Why are people from poor inner-city areas far more likely to die from coronavirus? 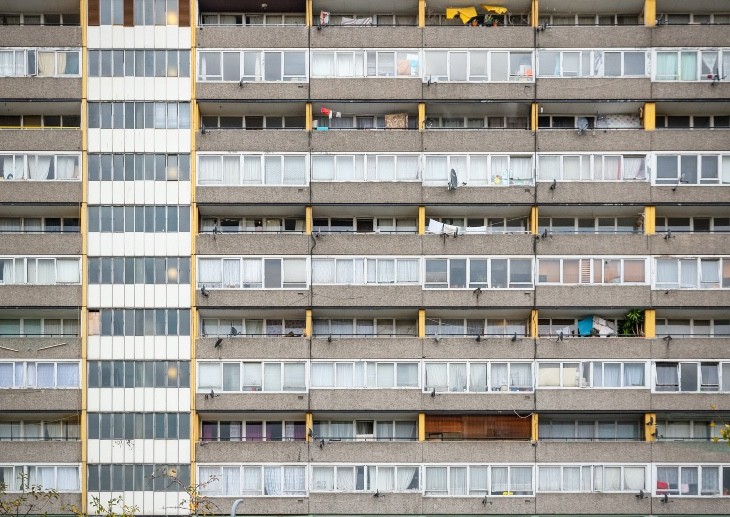 Earlier this month, the Office for National Statistics (ONS) released a report that showed people from deprived parts of England and Wales are dying from coronavirus at more than twice the rate of those in more affluent areas.

While horrifying, this reality is not surprising – particularly for those working in health and social care who saw the effects of socio-economic and health inequalities up close prior to the pandemic.

Healthcare Leader spoke with Newham director of public health, Jason Strelitz, and NHS Tower Hamlets CCG chair Sir Sam Everington – both in London areas with the highest Covid-19-related death rates – about the underlying cause of inequalities across the country and ways of bridging the gap.

There are two main factors at play, causing such a comparatively high coronavirus death rate in Newham, Mr Strelitz says.

First, there are ‘all the ways in which our area is particularly vulnerable to the spread of the infection’. For instance, ‘there is a high population density and also a significant proportion of the community working in service occupations – whether that is in health and social care, transport or retail and, therefore, they are more exposed,’ he explains.

Many economically-deprived BAME families live in overcrowded and multigenerational households, he says.

Government statistics show that, nationwide, 30% of the UK Banglaseshi and 15% of the UK Black-African population live in overcrowded homes, compared with just 2% of the white-British population.

The density issues also continue outside the home, he comments, ‘whether that is about compact high streets, where people shop, as opposed to large spacious supermarkets with car parks, or whether it is about people taking more public transport or attending communal worship’.

The second large contributing factor involves ‘the way people in our area are particularly vulnerable to the most severe outcomes of the infection,’ Mr Strelitz suggests.

‘The long-standing inequalities mean we have disproportionate levels of underlying health conditions, which are such important factors in the worst outcomes concerning coronavirus.

Cardiovascular disease, diabetes and other underlying health issues are also ‘kicking in at a younger age’ than with other parts of London and across the country, he adds.

‘These inequalities have been around for a long time and we were focused on it before all of this. We were acutely aware that Newham had significantly lower life expectancy than average for the country.

‘In some ways, what this has done is shine a very bright light on what has been happening for a long time.’

The lockdown dramatically cut the rate of infection across the country, but there will be additional challenges as the lockdown is eased, including in managing the pandemic in the short-term and tackling longer-term systemic issues, Mr Strelitz says.

‘We have all become acutely aware, in the last few weeks, of how there has been a build-up of health issues that are not related to coronavirus – whether that is lower rates of immunisation; pauses in cancer screening programmes; fear for those with cardiac issues about presenting to health professionals,’ he suggests.

Part of approaching ‘the next stage’ for both primary and secondary care will be ensuring people get support for all those non-coronavirus health issues.

Newham has taken various steps to address these health and social inequalities. In addition to the shielding programme, which focuses on clinical vulnerabilities, Newham Council also ‘identified a need to support people based on social vulnerabilities’.

‘We launched a brand new service called ‘Help Newham’, which as of today, has contacted over 20,000 residents in the borough identified as potentially in need.

‘We’ve built links with over 100 voluntary and community organisations to form a very strong network. We have delivered 4,500 prescriptions and supported 40 food banks in the borough.

‘There are huge levels of financial need, which have really exposed people at this time. In the long-term, we have to try moving away from providing emergency aid to supporting people to have sustainable livelihoods.’

Newham’s neighbouring borough, Tower Hamlets, has the fourth worst coronavirus death rate in England and Wales, with 123 deaths per 100,000.

In addition to the report on social deprivation, the ONS last week released a study looking into Covid-19-related deaths by ethnicity. It found that even after taking account of age, health and socio-demographic characteristics, people from black ethnicities are 1.9 times more likely to die from coronavirus than their white counterparts. It revealed a similar picture for Bangladeshi and Pakistani individuals.

If there is a genetic disposition, this could, in part, explain higher death rates in some areas, but there is still no conclusive answer to this, suggests Dr Everington.

Newham has the lowest percentage of white British residents in England and Wales (29%), according to 2011 census data. Tower Hamlets has the fifth lowest (45%).

Dr Everington also lists social factors, such as economic deprivation and household overcrowding and underlying health issues, including obesity, as factors that have left Tower Hamlets with a higher Covid-19 death rate than almost anywhere else in the country.

The focus on longer-term health and social inequality must not be lost in the debate, he suggests.

‘What tends to happen in situations like this, is there is a knee jerk reaction: something has got to be done now. We then tend to forget the long-term issues that we need to think about.

‘One [issue] is the role of schools in creating inequality. Schools are not purely about traditional education. We have to ask how they help produce an 18 year-old who is happy, healthy and fit to face the challenges of modern society – where probably 40% of jobs are going to go with artificial intelligence.

‘We know there is a direct link between health and education outcomes. The number of school nurses has reduced by 30%in the last 10 years. There is one full-time equivalent nurse in Tower Hamlets for every six schools. In my view, it should be one for every school.

‘A nurse focuses on holistic health – social, physical and psychological. There should be one who sits on the governing board, putting health at the heart of what goes on in schools.’

This and other health initiatives in schools are needed now more than ever, with the decline in health among five to 18-year-olds and the growth of long-term conditions such as obesity. There also needs to be a focus on mental health, which young people aging towards 18 can often struggle with, notably around anorexia and bulimia, he explains.

‘I’m partly from Norway, where there is a very egalitarian society and it is one of the happiest countries in the world. There is something there that we need to pick up and learn from around schools.’