Is the Government ready to ensure medicines access in a no-deal Brexit? 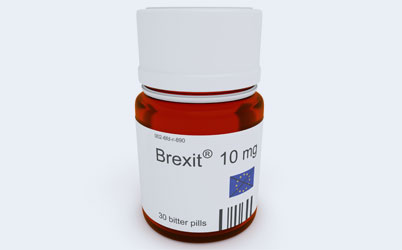 The Government’s preparations to leave the European Union (EU) have been stepping up as we draw ever closer to EU Exit Day on the 31 October.

The sector has made calls to avoid a no-deal scenario, amidst worries about access to healthcare and an increase in medicines shortages in the event that a deal is not secured.

The preface to the Government’s new no-deal readiness report, published this week (8 October), states: ‘While the Government would prefer to leave with a deal and will work to the final hour to achieve one, we are prepared to leave without a deal in order to respect the referendum result.’

So, what measures has the Government put in place so far?

Has additional and ‘express’ freight capacity for medicines been secured?

In August, it was announced that the Government would invest £434m into stockpiling medicines and additional freight capacity to prevent drugs shortages in the event of a no-deal Brexit.

According to a ministerial statement provided by health secretary Matt Hancock this week (9 October), the procurement of extra freight capacity is ‘progressing as planned’.

The statement adds that eight companies successfully signed up to the Department for Transport’s (DfT) freight capacity framework on 20 September, when competition opened for bids to bring medicines into the UK after Brexit. The approved ferry operators are Brittany Ferries, DFDS A/S, Irish Ferries, P&O Ferries, Seatruck and Stena, as well as air and rail freight operators Air Charter Services and Eurotunnel.

A Department of Health and Social Care (DHSC) spokesperson told Healthcare Leader: ‘We are doing everything we can to help ensure people can access treatments and receive the highest standards of care after Brexit, whatever the circumstances. This includes securing additional freight capacity to bring medicines into the UK within 24 to 72 hours if required.’

Details of both additional and ‘express’ freight contracts are to be announced ‘as soon as possible’ when they have been awarded, according to Matt Hancock’s statement.

Will Britons living in the EU have to move back to the UK to access their healthcare?

This week (8 October), the British Medical Association (BMA) warned that the Government’s no-deal readiness report ‘leaves many questions unanswered’ and that the UK might see ‘large numbers’ of British expats travelling back to the UK for healthcare.

BMA council chair Dr Chaand Nagpaul said: ‘Hundreds of thousands of Britons who receive healthcare in the EU also face ongoing uncertainty about how, or even if, their healthcare costs will be covered after a no-deal Brexit, leaving the real risk of large numbers returning to use the NHS just as it braces for winter.’

Around one million UK nationals currently live, work and study in the UK but ‘their ability to continue to do so may be affected’ in the case of a no-deal Brexit, the Government report admits.

It adds that UK nationals ‘may face change and uncertainty’, including over their access to healthcare, because it is ‘clear’ that many EU member states ‘will not fully reciprocate’ the UK’s guarantee of continued access to healthcare for EU citizens in the UK.

The Government is seeking agreements with each EU member state to continue existing healthcare arrangements in full until 31 December 2020 if we leave without a deal, according to the report.

However, it adds that the Government will cover the healthcare costs of UK nationals living in the EU for six months in the event of a no-deal so that they have ‘time to make alternative arrangements’. In addition, it says: ‘UK nationals in the middle of treatment over exit day will be covered for that course of treatment for up to one year.’

A DHSC spokesperson told The Pharmacist: ‘Our priority is to allow UK nationals living in the EU to access healthcare in the same way they do now and we have already made an offer to all EU member states to continue current arrangements until 31 December 2020.’

They added: ‘Spain and several other countries have already agreed to protect the healthcare of UK nationals.’

For example, the UK and Spain have agreed that healthcare arrangements for people living in either country will remain the same until at least 31 December 2020, the DHSC said.

Other preparations announced in the health secretary’s ministerial statement: