Social care free for over 65s to save NHS £4.5bn, report suggests 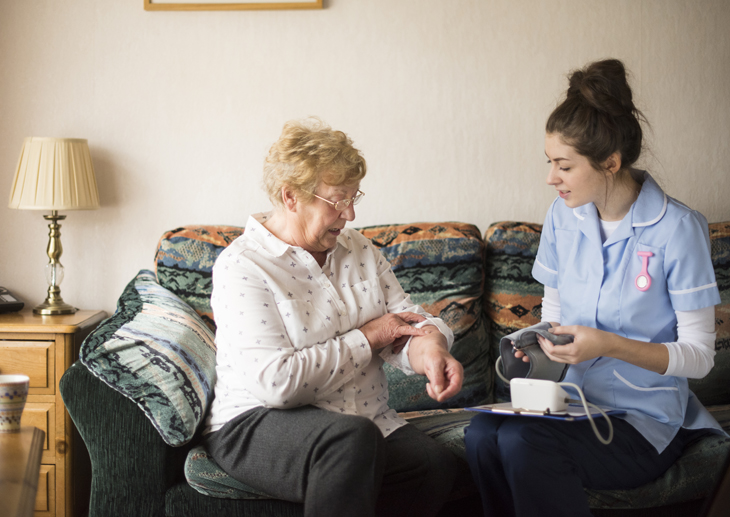 Social care should be ‘free at the point of need’ in England for those over 65, a think tank has suggested.

A report by the Institute for Public Policy Research (IPPR) argues that this would help the NHS save £4.5bn per year by 2030.

The think tank suggested that the savings could be achieved through the introduction of ‘a bold and comprehensive reform package’, which would more than double the number of people receiving state-funded social care.

The Social Care: Free at the Point of Need report said that older people who can afford to pay for their accommodation will still cover that cost.

However, they would also receive personal care – defined as ‘support with hygiene tasks, eating requirements, mobility assistance, medical treatments, and attending to general wellbeing’ – for free.

If social care is provided free to those in need, spending on adult social care for over 65s would need to grow from £17bn a year today to £36bn by 2030, according to IPPR calculations.

However, the report added that £11bn of that increase ‘would arise even within the existing system because of the growing elderly population’.

IPPR suggested that by scrapping NHS continuing healthcare – which would no longer be needed as everyone would receive support for social care needs – the NHS could save ‘up to £2bn a year, rising to £3.3bn by 2030/31’.

IPPR researcher and co-author of the report Dean Hochlaf said: ‘Adding a penny or two to tax is a small price to pay for creating a simpler, joined-up system in which we collectively contribute to the costs that many of us and our relatives will otherwise face.’

The report also argued that STPs should have ‘a proper legislative framework to perform a local commissioning function’, which would cut admissions to hospitals and delayed transfers of care.

Health Education England chair Sir David Behan said: ‘In 1948, politicians were brave in making the NHS free at the point of need and funded out of general taxation. We need our politicians today to be just as courageous and do the same for social care.’

Last month, a report by Conservative MP Damian Green suggested that universal access to social care could be funded by applying the state pension model.

The social care green paper, which is expected to provide solutions for how assistance for the elderly should be funded, was initially announced two years ago and has been postponed several times since then.